This year we’re reminiscing about our travels to record the very special places and events chronicled in our Midwest Steam 2009 Volume 1 & 2 DVDs. 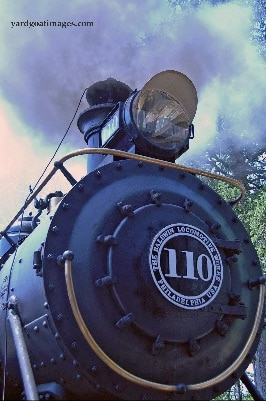 Little River #110 is a 4-6-2 Pacific type locomotive. It’s the smallest standard gauge engine of its type ever built in the United States.

After two days at Little River, we drove about 140 miles to North Judson, Indiana. This small town once had four railroads (C&O, Erie, New York Central and Pennsylvania) passing through. The Hoosier Valley Railroad Museum plays an important part in preserving this rail heritage. Examples of over 30 pieces of rolling stock can be observed outdoors and inside the backshop where repairs and restoration take place. A collection of railroad signals and the historic Grasseli Tower can be observed during a walk through the yard.

Short train rides are available during most months of the year. Occasionally a guest steam locomotive comes to the Hoosier Valley, and we were there when NKP 765 pulled excursions on Memorial Day Weekend. This was our first experience with the magnificent 765. The scenic line offered many great shots for our cameras.

The Little River Railroad and 765 at Hoosier Valley each have their own chapters on Midwest Steam 2009 – Part 1 DVD. 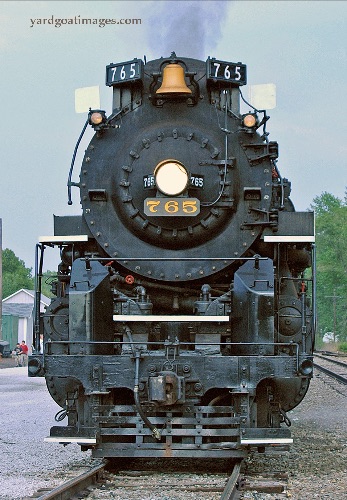 NKP 765 was built in 1944 by Lima Locomotive Works. It’s a 2-8-4 Berkshire class locomotive built for both passenger and freight service. It burns coal and is capable of 80 MPH. Today it’s owned and operated by the Fort Wayne Railroad Historical Society.