While attending the Rock Island Train Festival at Rock Island, IL, I was in the rail yard getting video footage of NKP 765 as she simmered in the July heat. Since they were waiting in the yard, the crew beckoned a young lad to come up and see what the cab looked like. As he sat in the fireman’s seat, I grabbed my camera and took a few photos. He was trying with all his might to pull the whistle cord, but he was just too small to make more than a light “frrrrrt” sound.

The crew demonstrated how the whistle should sound, with a roar that could be heard for miles. The young man tried again and again, pulling with all his weight, finally getting a few passible but short toots.

The sight of the little guy reminded me of a lasting memory of mine. It was another summer day, probably in 1953 or ’54, when I was a youngster invited into the cab of a giant Great Northern steam locomotive on the siding near my home. Dad took about 4 seconds of movie film of my tiny head in the large window. I don’t remember the details too clearly as I was only 3 or 4 years old, but I do remember my excitement, and the massive size of the machine, and the steep ladder steps to climb to enter the cab.

I hope this kid was as impressed as I was. My lasting memory never went away…… 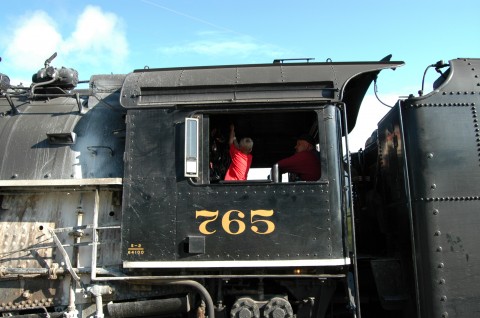 Thousands attended the Rock Island Train Festival. They got close up looks at modern and historic railroad equipment. they rode trains. For many who attended, a lasting memory might be the hot summer days, the smell of coal smoke in the air, the hiss of steam, the sound of the whistle.

A Lasting Memory on DVD

If you missed this one-time railroad event, or even if you were there, you may be interested in our DVD program Steamin’ Summer, a three-part DVD series with scenes of the Rock Island Train Festival, the many excursions, plus visits to the Little River Railroad, the Silver Creek & Stephenson Railroad, and the Monticello Railroad Museum. The DVDs also make great gifts! 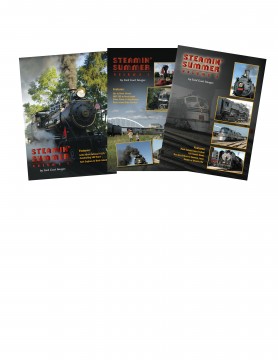