Soo Line 1003 is a 2-8-2 Mikado type locomotive, built in 1913 by the American Locomotive Company. It was one the last steam engines to work on the Soo Line when it was retired from active service in 1954. The Soo kept it in standby service until 1959, and donated it that year to the city of Superior Wisconsin for public display. 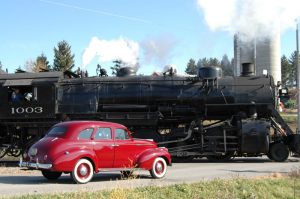 After an earlier attempt to restore Soo Line 1003 to operating condition had failed, a second effort by another group raised the necessary money for success. The first run under its own power was in late 1996. Since then it has operated mainline specials occasionally in Wisconsin, Minnesota, Illinois and Upper Michigan.

In late 2010 the locomotive owners, 1003 Operations, LLP, announced that further steaming would end following the Santa Train appearance in Hartford, Wisconsin on November 13, 2010. Rebuilding and re-certifying the locomotive was uncertain at this time, so there was a possibility Soo Line 1003 would never steam again. The good news was the engine would be displayed indoors at the Wisconsin Automotive Museum in Hartford.

(In late 2011 the group announced that sufficient funds had been secured for most of the expenses expected to renew Soo Line 1003 for another 15 years! The first steam up occurred in 2012. Much of the work was done with volunteer labor). More money and volunteers are always welcome. For the latest updates or to contribute, please visit the group’s website //www.sooline1003.com.

We were fortunate to be part of a two day photo charter with Soo Line 1003 just a few weeks before the Santa Train. The train operated on the Wisconsin & Southern Railroad between Hartford and Fairwater, Wisconsin, with many photo runbys, static poses, and a night photo session. The trip was organized by Historic Transport Preservation, also known as. They always do a fine job in organizing these photo charters and this was no exception. There were about 30 participants from around the world. The mid-October weekend weather was nearly perfect, with sunny skies until late afternoon the second day, crisp temperatures to get those nice steam clouds, and not too much wind. Other than a coal problem on the second afternoon, which cost us some added runbys, the weekend events were flawless.

Steam Specials also arranged with some classic car collectors to stage a few background and crossing shots with their vehicles and the passing steam locomotive. There was even a young man dressed the part of a surveyor, complete with historic equipment, and a velocipede. 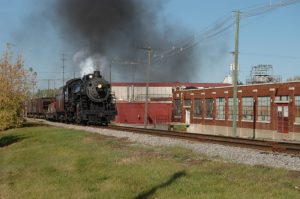 Of course I’ve made a documentary about this wonderful experience, a nearly 40 minute segment called Soo Line 1003 – Photo Freight on our DVD Wisconsin Steam Stories. Some of the 400+ photos I took are also incorporated into the program. With perfect weather including brilliant sun at low angles, made for some incredible shots in both video and still formats. Eye Candy for us steam nuts. 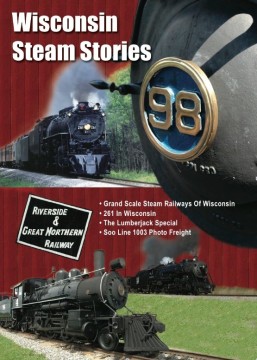 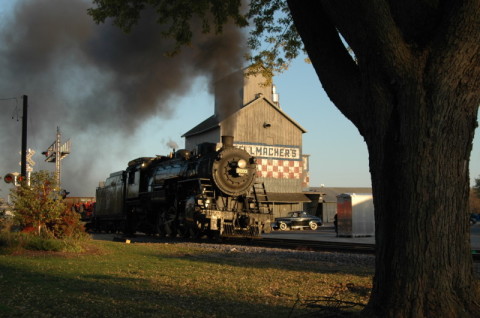