Soo Line 2719 is a steam locomotive that may not be as widely known as Union Pacific  844 or 3985, Southern Pacific 4449, Nickel Plate 765, or many of the “big” locomotives operating today. It hasn’t been out on mainline excursions for many years, and is lucky to pull a small number of trips each year between Duluth and Two Harbors, MN on the North Shore Scenic Railroad (former DM&IR) operated by the Lake Superior Railroad Museum. 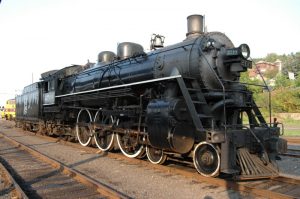 Soo Line 2719 is a 4-6-2 steam locomotive, built for the Minneapolis, St. Paul and Sault Ste. Marie Railway, commonly called the Soo Line. It was constructed in Schenectady, NY by the American Locomotive Company (ALCO) in 1923, one of an order of six locomotives.  Four of these have been scrapped but one, 2718, is on display at the National Railroad Museum, Green Bay, WI.

Soo Line 2719 continued in operation until the mid-1950’s as the railroad replaced steam with diesels. It had the honor of being pulled out of retirement to power the last steam train on the Soo Line on June 21, 1959, a round-trip excursion between Minneapolis and Ladysmith, WI.

After traveling over 3 million miles in service, Soo Line 2719 was donated to the city of Eau Claire, WI and displayed in a city park.

In the mid-1990’s, a group called the Locomotive and Tower Preservation Fund, Ltd was formed to restore Soo Line 2719 to operation. Following a fast paced schedule, the locomotive made its inaugural run on September 19, 1998. It’s home in the early years was the Altoona, WI roundhouse, and it ran many excursions, primarily on the Wisconsin Central.

Times changed quickly and the Wisconsin Central was absorbed into Canadian National and Soo Line 2719 made its last run in 2003. The Altoona roundhouse was raised in 2004, and the locomotive was forced to stay outdoors until late 2006, when it was moved to the Lake Superior Railroad Museum. The engine would not run again until August, 2007.

Currently Soo Line 2719 is in good hands in Duluth, with the museum leasing it from the Locomotive and Tower Preservation Fund. The railroad, which has a regular schedule of trips during the warm months of the year using many diesels from their collection, brings out Soo Line 2719 only for several weekends in late summer and early fall. The steam locomotive is much more expensive to operate than the diesels, however the fares are considerably higher to help make up the difference. 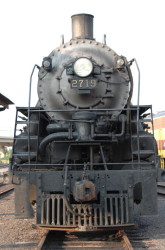 The next hurdle facing 2719 is the expiration of its 15 year boiler certificate in 2013. Will its owners raise and spend the great deal of money needed to accomplish this? What is the museum’s stake in operating 2719 in the future? Certainnly there has been some discussion between the parties regarding fund raising efforts that will be necessary to pull this off.

It’s been disappointing to see Soo Line 2719 pulling trains that have lots of empty seats. Granted, Duluth is not a huge population center, and a bit out of the way for much of the  US and Canada, but look at the success of Durango & Silverton. Duluth has developed a thriving year-round tourist industry, powered in summer by family friendly attractions, camping, cabins, hiking trails, boat trips, and Lake Superior beauty. In winter there is downhill and cross-country skiing, snowmobiling, and ice fishing. 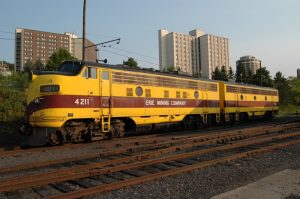 The museum has a large collection of operating heritage diesels, passenger equipment, plus an attractive depot and magnificent indoor museum. It is one of the premier railroad museums in North America. With a new approach to advertising and publicity, the museum should be able to expand its train ride business, both steam and diesel, perhaps even on winter weekends. More traffic would make any decisions about restoring Soo Line 2719 much easier. If anything, the railroad would benefit if it could acquire a second steam locomotive! With two steam engines and their already great collection of heritage diesels, this could become a true railroad destination.

But, life is uncertain. If you want to see this great locomotive in operation, better get there soon. In the meantime, consider becoming a member of the Lake Superior Railroad Museum, send a donation, or volunteer. In the meantime, I will continue to record Soo Line 2719 in operation as much as possible.

If you are unable to see Soo Line 2719 for yourself, this great locomotive is featured on two of our DVDs: Midwest Steam 2009 – Part 2, and Steam: Trackside & Inside. 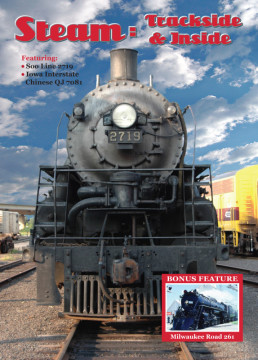 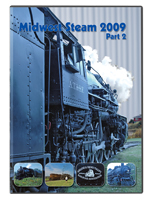