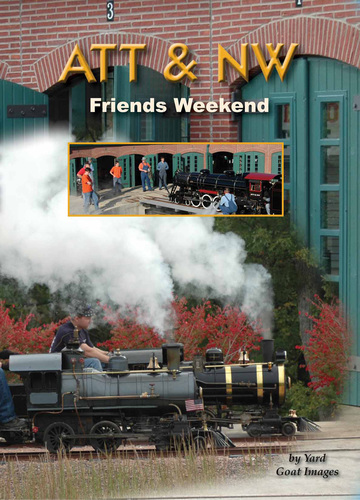 The Arborway, TT and Northwestern, (ATT & NW) is a Grand Scale Miniature Railroad that runs on 15” gauge track through spectacular Missouri Ozark surroundings. There are more than three and a half miles of 2% grade single and double track main-line with two tunnels on the site’s rolling terrain.

The inspiration for the ATT & NW came in the year 2000 from St. Louis businessman John R. Woods, who wanted to create a distinct and authentic site for family, friends, and business associates to gather. Sadly, not long after seeing his dream railroad become operational, John Woods died accidentally in 2008.

The Woods family has kept the railroad intact as a non-profit organization. The ATT&NW is not open to the general public, but it’s possible to visit and volunteer after becoming a member of the Friends of the ATT & NW.

Our program was recorded at an annual Friends Weekend, which features running all of the ATT & NW locomotives and rolling stock along with visiting equipment well into the night, along with music, food, and good company.

We were impressed not only with the railroad and variety of equipment, but for the emotional attachment the volunteers seem to have for this magical place. We’re grateful to the Arborway, TT & Northwestern for allowing us to bring you the events of the Friends Weekend!