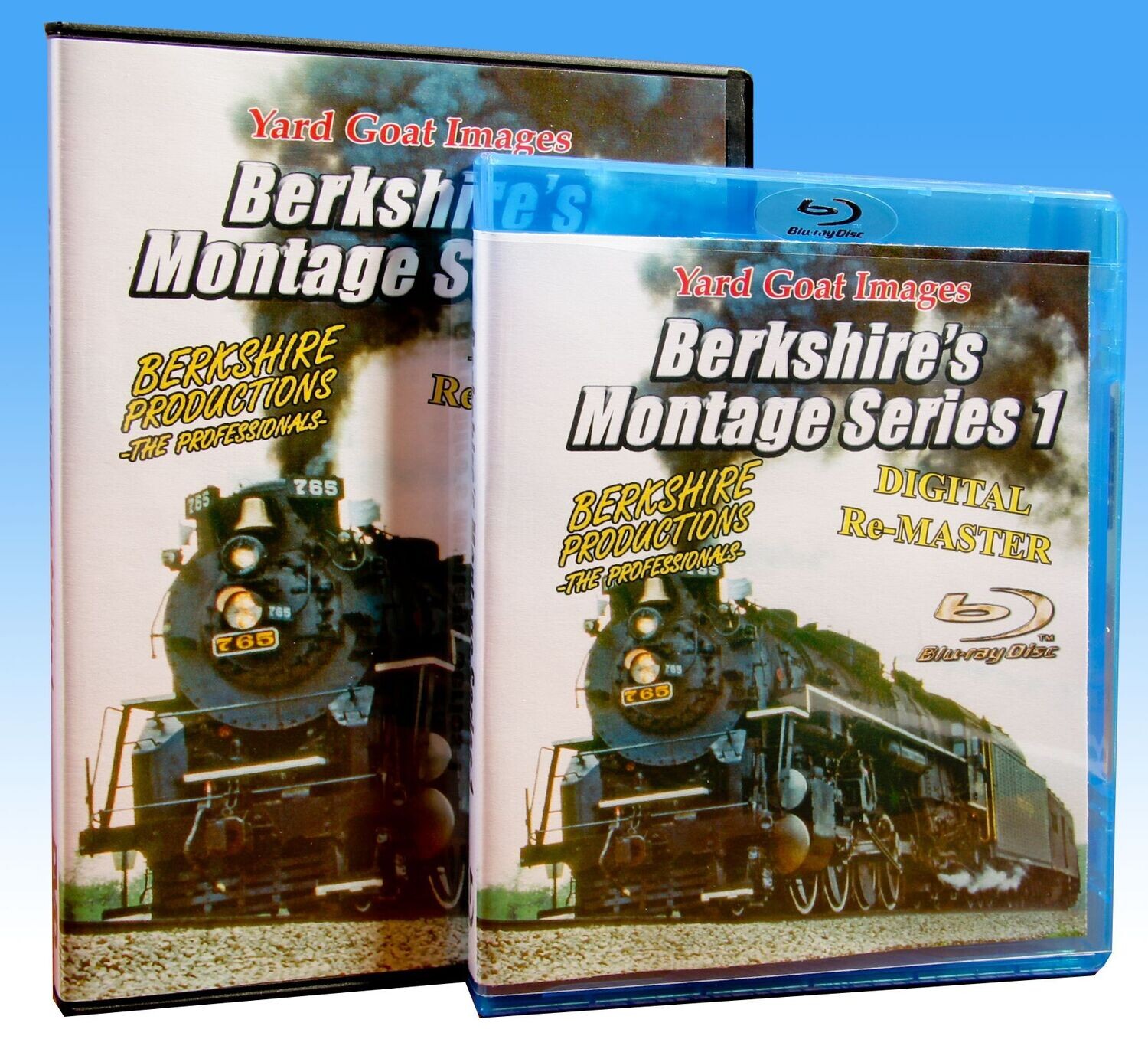 BVP Montage 1
$19.99
In stock
1
Product Details
MONTAGE SERIES VOLUME 1
The “Berkshire Montage Series” is a news style, year-in-review program.
Volume 1 begins with coverage of the Kentucky Railway Museum’s Ex-L&N, Light Pacific, #152 on her inaugural run between Louisville and Lexington, Kentucky. Runbys, pacing, and in-cab footage, it’s all in this story, plus a rare doubleheader with ex-Monon BL-2, #32.
The second story in this video is about the Fort Wayne Railroad Historical Society’s ex-Nickel Plate Berkshire No. 765. The 765’s 1986 season started out as her most ambitious season ever, but the insurance crisis of 1986 brought things to a halt. FWRHS Operations Manager Rich Melvin explains what happened and what the future holds for the excursion industry.
The next story is about a group of dedicated craftsmen who transform museum relics into operating time machines. Gary Bensman and the men of Diversified Rail Services travel throughout the country restoring steam locomotives and other historic railroad equipment. We caught up with Gary and his crew in Youngstown, Ohio where they were performing major boiler repairs on Canadian National #1551.
The final story in Volume 1 is about a new home for an old friend, the Steamtown National Historic Site, in Scranton, PA. After many years tucked away in the rugged woods of Vermont, Steamtown now operates a twenty-six mile round trip excursion into the Pocono Mountains. The queen of this line is ex-Canadian Pacific #2317. We’ll take you in the cab for a ride up the mountain and show you the rest of the Steamtown collection.