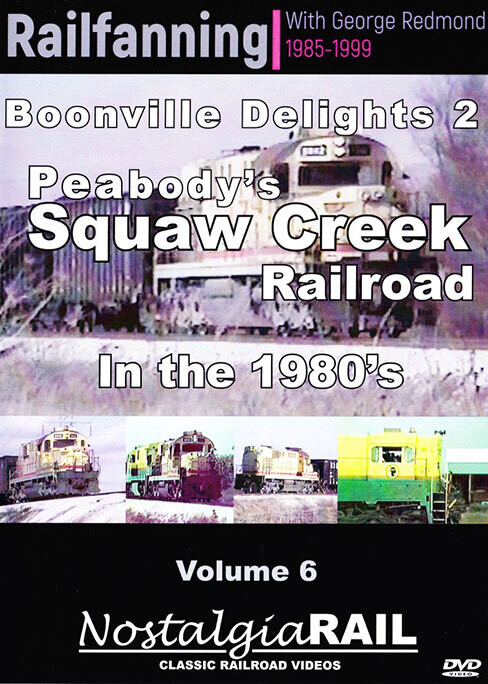 Located in Boonville, Indiana, two coal hauling railroads shared the same trackage. The first was covered in Boonville Delights, The Yankeetown Dock, and in part 2, we take a look at Peabody’s Squaw Creek Railroad.

The Squaw Creek operated from the AMAX Mine North of Boonville, down to the docks located on the Yankeetown Dock for transferring into barges. Unlike the mostly EMD roster of the Yankeetown, the Squaw Creek, at the time of our visit, operated with a former Santa Fe Alco RSD15 and a former high, short hood, Southern Railway GEU33C.

While not as busy as the Yankeetown, the Squaw Creek was a favorite amongst the local railfans for its two diesel dinosaurs. The RSD15 still survives in Texas, but the U33C was scrapped in Canada in 2014.

The bright yellow locomotives may be gone from the area forever, but they live on in video as we take a brief look at the Peabody’s Squaw Creek Railroad in Boonville Delights 2!