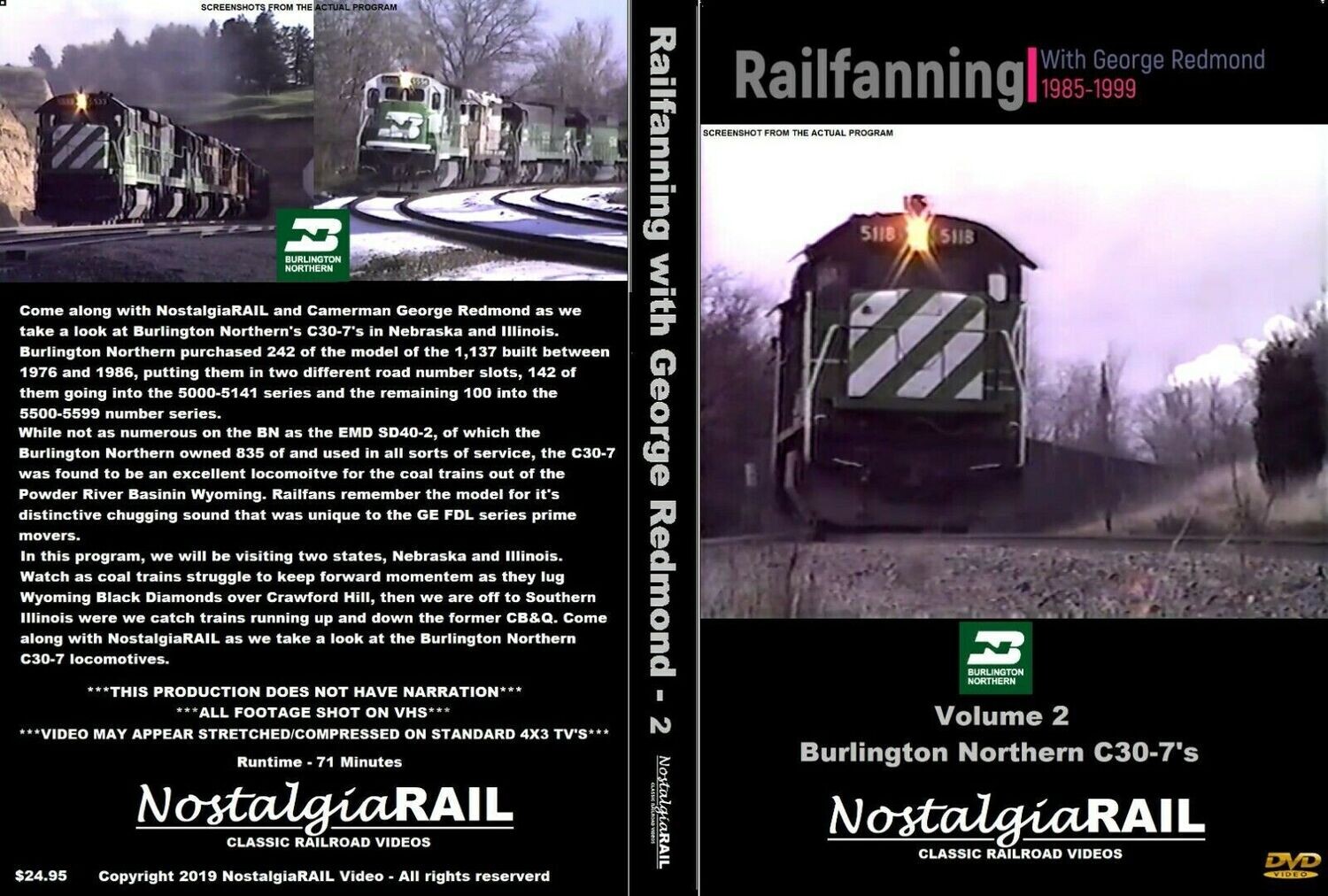 Come along with NostalgiaRAIL and Cameraman George Redmond as we take a look at Burlington Northern's C30-7's in Nebraska and Illinois.

While not as numerous on the BN as the EMD SD40-2, of which the Burlington Northern owned 835 of the used in all osrts of service, the C30-7 was found to be an excellent locomotive for the coal trains out of the Powder River Basin in Wyoming. Railfans remember the model for its' distinctive chugging sound that was unique to the GE FDL series prime movers.

In this program, we will be visiting two states, Nebraska and Illinois. Watch as coal trains struggle to keep forward momentum as they lug Wyoming Black Diamonds over Crawford Hill, then we are off to Southern Illinois where we catch trains running up and down the former CB&Q. Come along with NostalgiaRAIL as we take a look at the Burlington Northern C30-7 locomotives.

The production does not have narration. All footage shot on VHS. Video may appear stretched/compressed on standard 4:3 TVs.