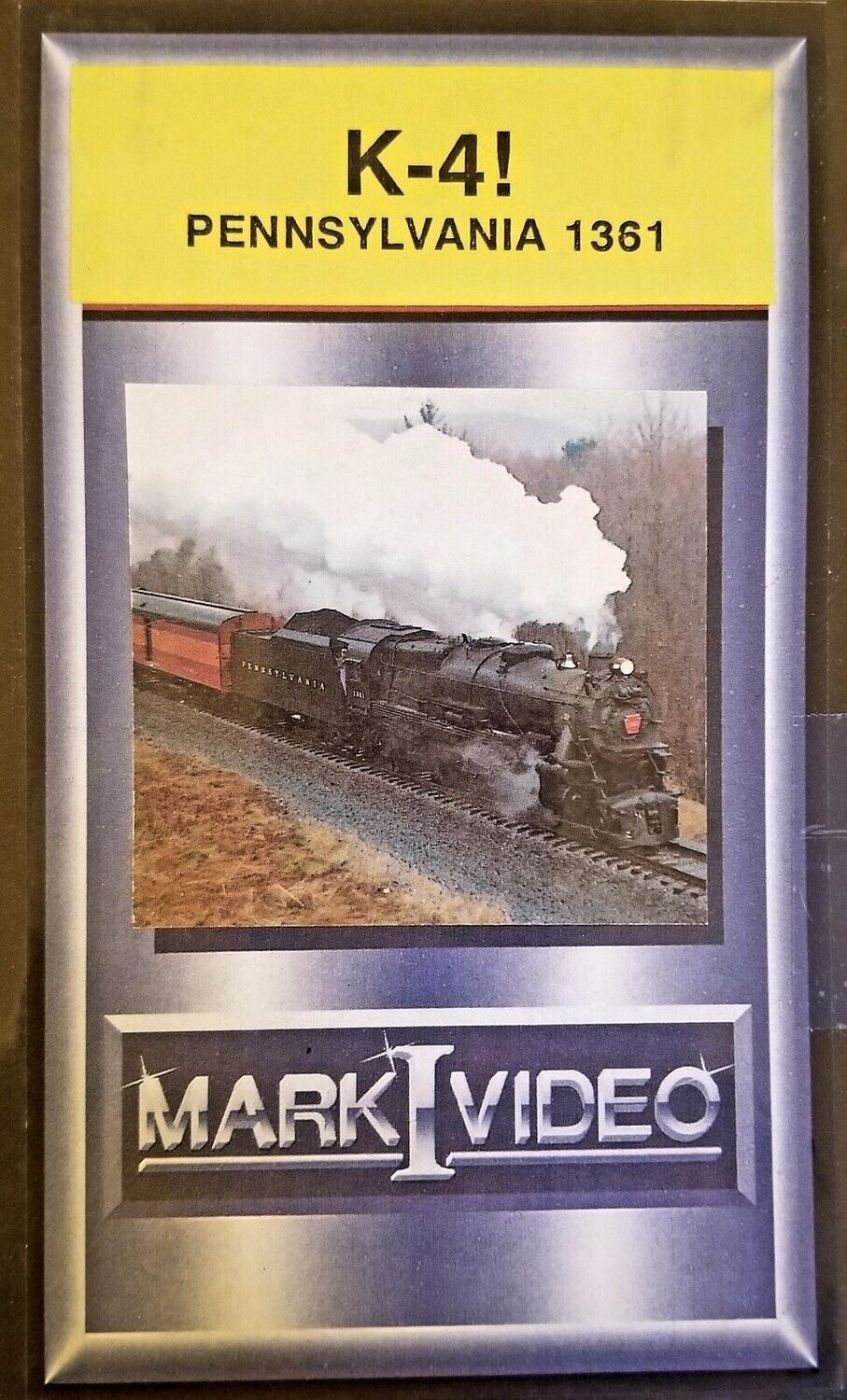 MIV K4 1361
$24.99
In stock
1
Product Details
This "official" tape of the PRR K4 1361 restoration project is a real beauty, taking the K4 from the origins of the class through the first weekend of operation of the 1361 on April 12, 1987. The tape starts off with some rather well-reproduced vintage action color footage of K4s and their contemporaries in regular service -- it's enough to make a Pennsy fan stand and salute the television set -- and then briefly summarizes the history and development of the K4. Attention then shifts to Horseshoe Curve and the removal of 1361. Enter State Assemblyman Rick Geist, and the story of the restoration unfolds showing the overhaul work in the Altoona car shop. Some particularly interesting footage includes the turning of the drivers on a lathe and later placing them under the locomotive. The finishing touches are added and the engine is painted and brought outside from the first fire. The days of frustration leading from the initial fire-up to final test run are depicted in just enough detail to keep things interesting and moving along.
Then comes the roll-out and test run to Bellefonte. After a couple of runbys on the Conrail main line and trackage in Tyrone, the tape presents some long and satisfying side-by-side pacing on the Nittany & Bald Eagle, where the viewercan study the engine in action in detail. The video camera brings out the best in the rainy weather, capturing the drama that usually eludes still photographers.
This tape is very well done; the editing is excellent, and the narration by Bill Zagorski is informative and professional. Some very appropriate classical music selections augment areas where the live sound is marginal, including a fine bit of Wagner as the K4 makes its steam-shrouded exit from the shop on the morning of the Bellefonte run. This production really tells the story of the 1361 restoration in a "TV documentary" style and is sufficiently entertaining that non-railfans will enjoy it. -- Mike Del Vecchio
Running Time: 60 minutes *DVD*
Full Color, Narration, Stereo Soundtrack
Written and Produced by Marc S. Balkin
Narrated by Bill Zagorski
Save this product for later
Display prices in: USD