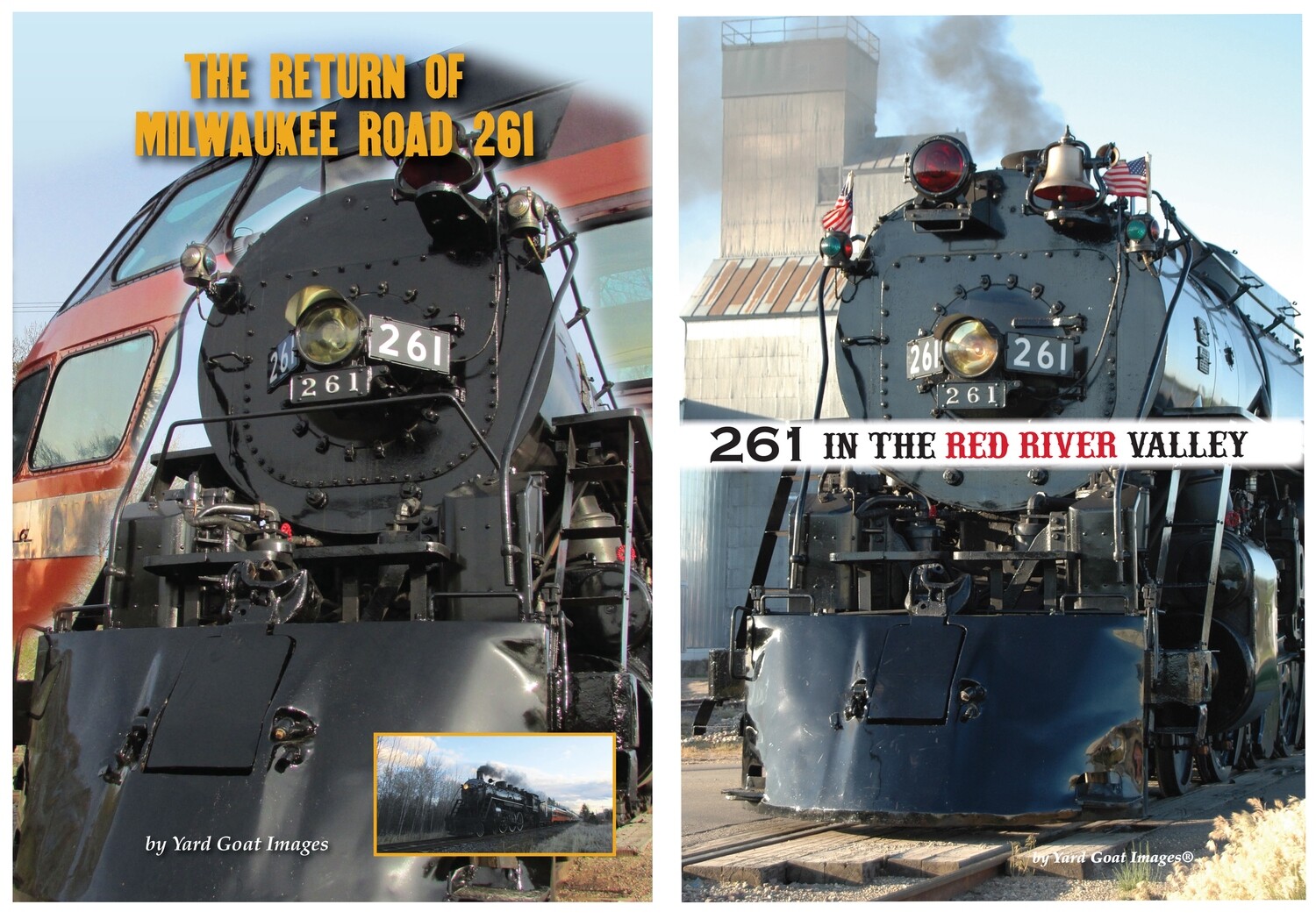 The Return of Milwaukee Road 261

Milwaukee Road 261 is a coal-burning 4-8-4 steam locomotive built in 1944 during World War II by the American Locomotive Company. As the railroad converted to diesels, 261 was retired in 1954 after a somewhat brief career and donated to the National Railroad Museum in Green Bay, Wisconsin. In 1991, the Museum and a group which later became the Friends of the 261 agreed to a lease agreement to restore the engine and operate it from a base in Minneapolis, Minnesota. The fully restored locomotive performed amazingly well, and logged over 25,000 miles during its first 15 years of excursion service from late 1993 through late 2008. After negotiation regarding a new 15 year lease, the museum agreed to sell the locomotive to the Friends of the 261.

The locomotive was extensively rebuilt again, and operated its first public excursion on a very blustery weekend in May, 2013. This highly anticipated trip took riders from Minneapolis to Duluth, Minnesota on Saturday, and returned to the Twin Cities on Sunday. While in Duluth, passengers had the opportunity to take another steam journey on the North Shore Scenic Railroad behind Soo Line 2719. This 4-6-2 locomotive was also built by American Locomotive Company, 21 years before 261, and was nearing the end of its first 15 years of restored service not long after this event. The impressive Lake Superior Railroad Museum, housed in and around the historic Duluth Union Depot, offered special events during the weekend.

Passengers and chasers came from all over the world to participate in this historic coming-out party for 261. We assembled a team of four videographers to capture the excitement of the special trips of both 261 and 2719 from many locations along the routes. This DVD features the most extensive coverage available for the one-time event! The DVD is approximately 71 minutes with minimal narration. Available separately HERE

261 In The Red River Valley

In the summer of 2017, Milwaukee Road 261 traveled from Minneapolis to Breckenridge, Minnesota to take part in the 30th anniversary of regional railroad Red River Valley & Western. RRV&W operates nearly 500 miles of former Northern Pacific and Great Northern routes in North Dakota. On its 30th anniversary, the railroad invited the Friends of the Milwaukee Road 261 to operate special excursions over parts of its system.

Our program covers the equipment moves on BNSF trackage to and from Breckenridge without passengers, plus four sunny days featuring multiple trips over several different lines of the RRV&W. Several of these excursions were during evening hours, resulting in stunning lighting on some of North Dakota’s longest days of the year.

We also take a side trip to nearby Dalton, Minnesota for a special visit to the Lake Region Pioneer Threshermen’s Association, where we see their 1914 steam locomotive in operation.

This was new territory for 261 - great weather and long summer days make this one of the most memorable 261 adventures ever! The DVD is approximately 84 minutes with minimal narration. Available separately HERE