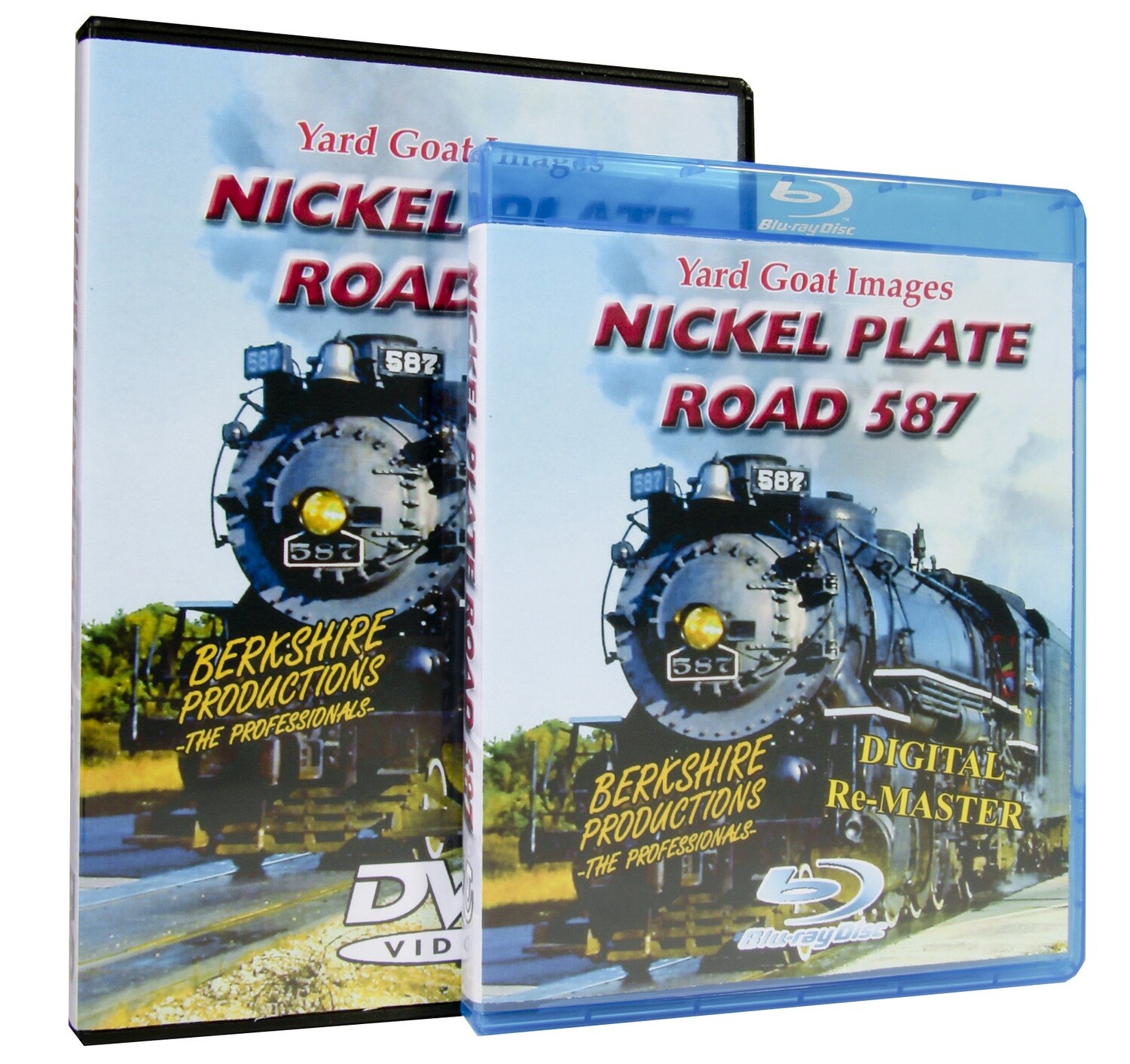 "Nickel Plate Road 587" was produced by Berkshire Productions and is sold on DVD by Yard Goat Images.

Built by the Baldwin Locomotive Works in 1918, Nickel Plate Road 587 returns to service in this professionally produced program.

Originally built for the Lake Erie & Western Railway as number 5541, she assumed her present number when the LE&W became part of Nickel Plate in 1922. Then in 1955 after compiling a 37-year service record, the 2-8-2 Mikado was retired and donated to the city of Indianapolis, Indiana. She was placed on static display that year in the city's Broad Ripple Park.

Here she say until 1983, when a group of concerned citizens formed the "Friends of the 587" committee. They removed the locomotive from the park and began a 5-year restoration returning the 587 to Hoosier rails in the fall of 1988.

Follow her journey from restoration to her test runs, from rechristening to her inaugural passenger excursions. You'll even be on hand for the climb through Unionville Tunnel and her crossing of Shuffle Creek and Tulip Trestle.

Restoration, runbys, and more make this a must for every DVD library.