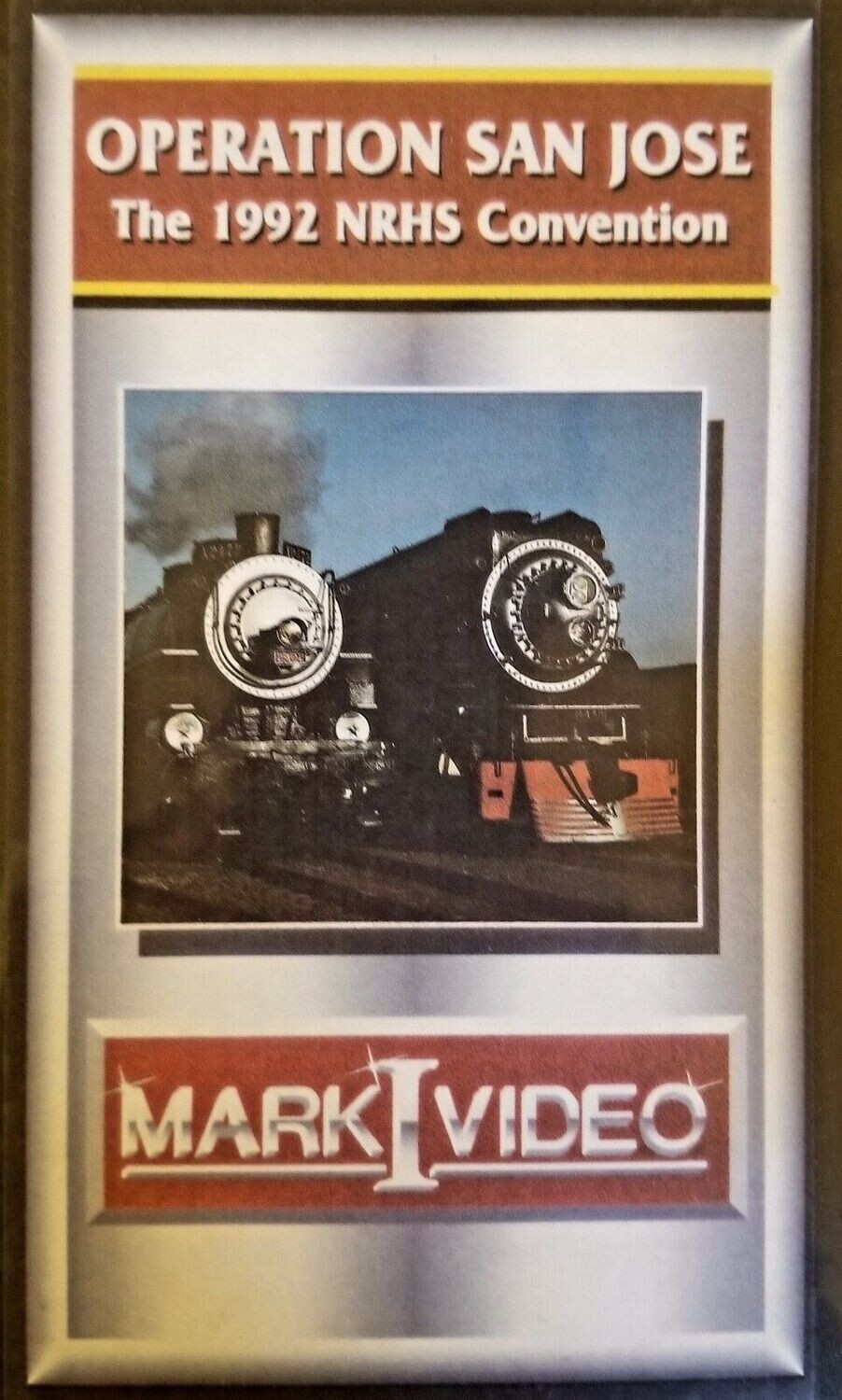 This exciting program presents the most complete coverage available of the 1992 Annual Convention of the National Railway Historical Society, held at San Jose, California in July 1992.

All convention excursions are covered, and in addition, there's great coverage of the Challenger pulling the Pacific Limited ferry excursion through the scenic Feather River Canyon and the Daylight heading its colorful consist between Klamath Falls and San Jose. You'll also view steam shortline and San Jose trolley activities, plus the night photo session and a surprise appearance by Northern Pacific 4-8-4 2668.

Seventeen camera crews were deployed to provide outstanding trackside, cab, pacing and on train sequences at many scenic locations. Our famous, locomotive mounted minicams (ChoochCams) were also mounted on all three locomotives to provide even more unusual views of the action!

Written and Narrated by Jim Boyd