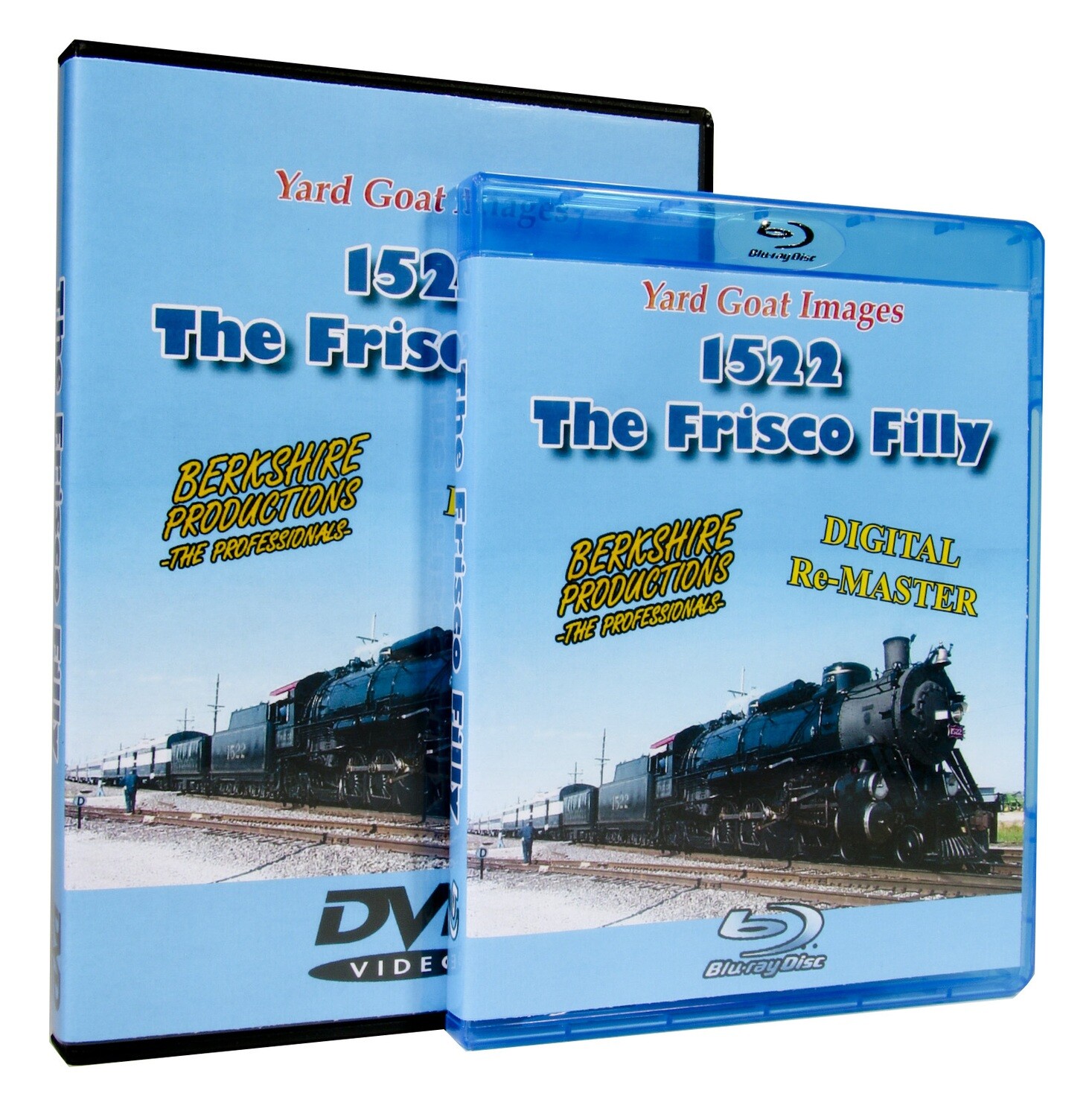 "The Frisco Filly" is produced by Berkshire Productions and presented on DVD by Yard Goat Images.

Available on DVD and Blu-Ray.

St. Louis-San Francisco Railway (aka the "Frisco") steam locomotive 1522 returns to service in this one hour video.

The 1522 was built in 1926 to haul high speed passenger trains, primarily on the Kansas City-Florida special between Kansas City and Birmingham, Alabama. She ran the Frisco Railroad until her retirement in 1952 and was donated to the National Museum of Transport in 1959.

This video was produced in cooperation with the St. Louis Steam Train Association. In this video, you'll see the 1522's restoration and her initial excursion runs.

Plenty of trackside runbys, glass-smooth pacing, and in cab scenes with the engine crew make you feel like you're part of the action.