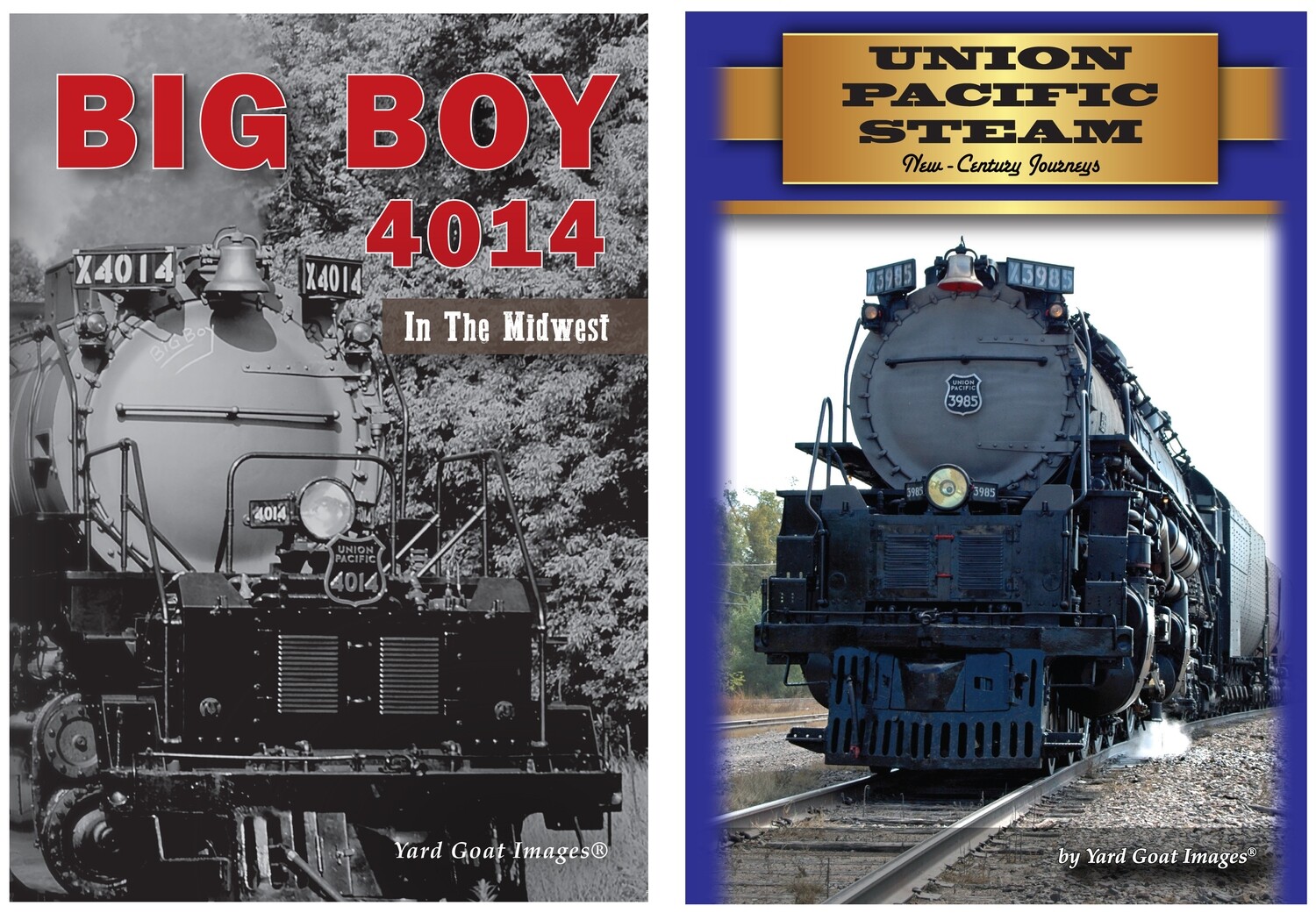 Union Pacific delighted Midwest steam fans when it announced The Great Race Across the Midwest featuring newly restored Big Boy 4014. The second trip for the largest operating steam locomotive in the world made us start looking over maps and scouting locations. The resulting documentary of the huge 4-8-8-4 in action includes 4014’s routes and many of the stops in Nebraska, Iowa, Minnesota and Wisconsin. The colorful DVD is approximately 91 minutes, with minimal narration and great scenes! Available separately HERE

Two Trains West - On November 13th, 2010, UP commemorated the 50th anniversary of its steam program with 844 leading an excursion across Nebraska from Omaha to North Platte. This line is part of the first transcontinental railroad, which had its western terminus in Council Bluffs, IA, just across the river from Omaha. There it connected with eastern railroads such as the Rock Island. Today, Iowa Interstate Railroad operates the former Rock Island route. It took part in UP’s celebration by sending one of its QJ steam locomotives to meet 844 in Golden Spike Park. We cover the travels of both locomotives and continue with 844 all the way home to Cheyenne, WY.

Union Pacific - 150 Years of Steam - 844 was the last steam locomotive purchased by the railroad, and the only one never retired. To celebrate its 150th anniversary as a railroad in 2012, UP had an impressive schedule for 844 to pull the UP 150 Express. For our program we cover two legs of the UP 150 Express. The first was a two-day trip from Council Bluffs to Des Moines, IA, where it made an appearance at the Iowa State Fair. The second leg took the train on another two-day run from Des Moines to Salina, KS, by way of Kansas City.