Little River 110 celebrated its’ 100th birthday in 2011, and it was great fun shared by many happy steam fans. 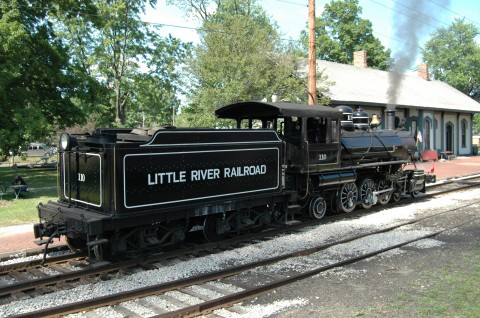 Besides Little River 110, there were four other steam locomotives in operation, all tank engines. These included Little River 1, Viscose Company 6, Flagg Coal 75, and Lehigh Valley Coal 126. This was the first time 126 operated in revenue service since being rescued and restored by Gramling Locomotive. 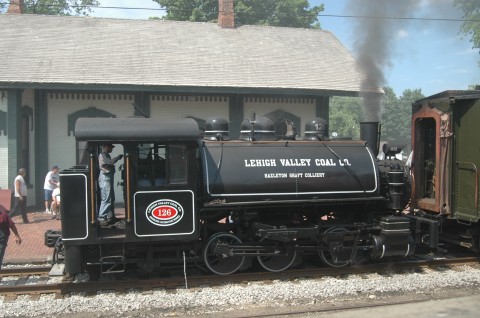 The first two days had identical schedules, with four round-trips between Coldwater and Quincy, and one round trip Coldwater-Hillsdale. The tank engines took turns powering the Quincy trips. It was quite a scene at the Coldwater depot each morning as engines arrived from the shops located near the edge of town. Passenger cars were switched and deposited at the station platform for the first three trips, leaving at 15 minute intervals! Train watchers had a good vantage point at Quincy too, as Little River 110 and the Hillsdale train passed through while the “local” was on the siding.

On the third day, there were just two Quincy trips, but the slim schedule was compensated by the sight, sound and smoke of FIVE steam locomotives leading the long train, which included the entire car fleet! The two trips were spectacular with a solid block of five black coal fired locomotives giving their-all with tremendous plumes of smoke, and lots of steam whistles. 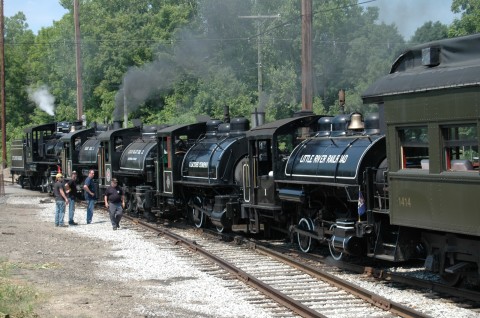 Each day, there was an afternoon singing of Happy Birthday and five “cakes” made from log circles and butter-creme icing. A cake was delivered to the crew of each locomotive, where it was promptly tossed into the firebox! 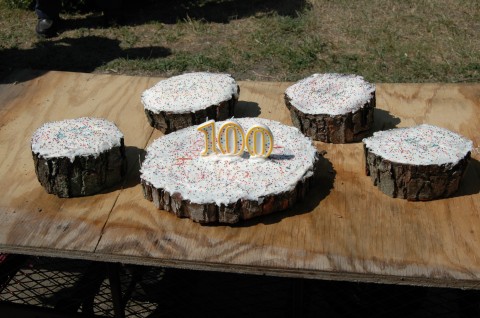 Some of my favorite moments were not available to the general public. I made it a point to be at the shop building well before the engines departed so I could record the early morning activities as the crews prepared for the day. The low sun angles lit the glorious scene of locomotives, smoke, and steam. 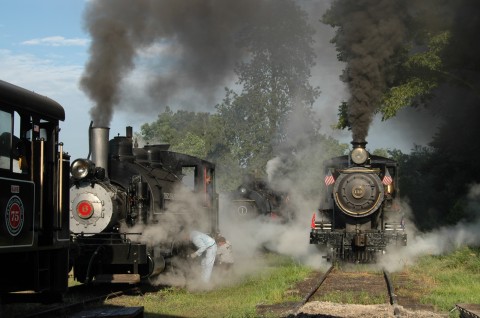 I really appreciate having been a part of this and I’m grateful to Travis Bloom and all of the Little River Railroad volunteers who made everything work in spite of the uncomfortable heat and humidity. The owners and crews of the visiting locomotives deserve big thanks as well.

The video of this one-time event is available on the 91 minute DVD from Yard Goat Images,  Steamin’ Summer – Volume 1. You can see the preview here. 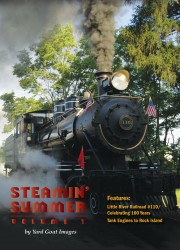